Is this the school where you can learn how to go Super Saiyan? Pay the teachers whatever they want! 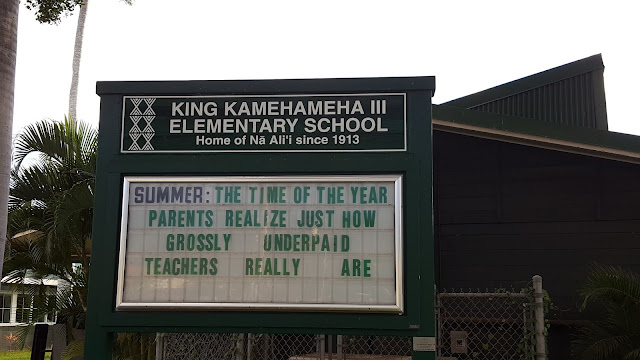 Anyway, Here's my common sense take on teacher's and their pay...
The less money you give them, the less of a great education you can expect them to give your kids.
The less money that goes into the school system in general.

I hate it when the money is spent on stupid things, like teaching kids common core math instead of the traditional way, and not accepting a "doesn't matter how you do math, as long as it's right" policy, so parents who have no freaking idea about common core can still help their own kids learn stuff.

Schools should help teach kids to become amazing adults capable of taking care of themselves, and to contribute back to society in constructive, creative ways.
I wish we had programs that explained taxes, credit, cooking, meditation, basic social etiquette. You know all the things many parents out there don't appear to be doing a great job at since they never got that kind of education either, So I'm not mad at the parents.

Wish more people thought outside the box I guess.

We need more super saiyans like Goku.
He's always been a nice guy, hasn't he?